You are here: Home / Perform at Work / Executive Coaching: How to speak up in a meeting

Imagine it is your first time participating in a meeting filled with people that intimidate you. They may be more senior, own more successful businesses or be better educated. How do you gain the courage to speak up? 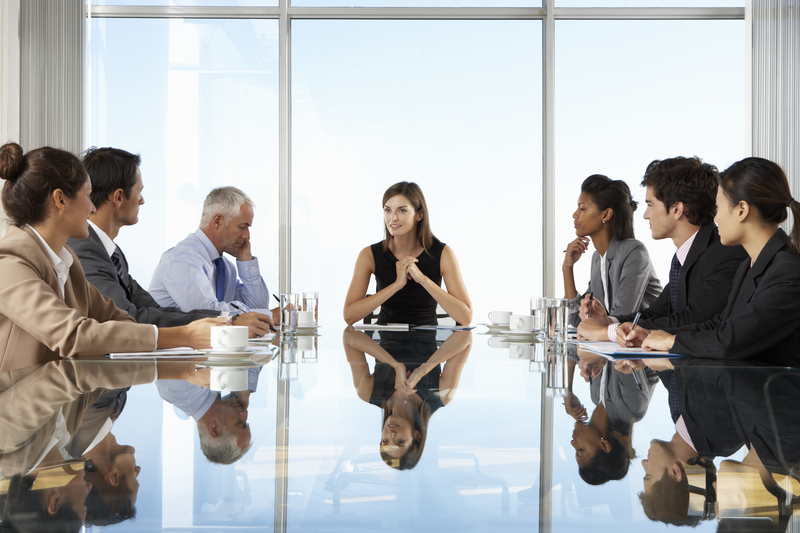 “Better to remain silent and be thought a fool than to speak out and remove all doubt.”

IF YOU DON’T SPEAK UP YOU FAIL

In my first couple weeks at Harvard Business School I realized I had a problem. Classes are graded 50% on classroom participation. Two weeks had gone by and I had yet to raise my hand in class.

In a word, I was intimidated. If I said something stupid I was afraid that my 90 classmates and my professor would think I was an idiot. Then it would be clear that I didn’t fit in and I would be on my way out. This was extremely scary given how important graduating was to me and my family.

Thankfully, right around the three-week mark someone from the school’s counseling office came by to speak to our section (the group of 90 that you spend your first year with).

What she said was liberating. She said that asking for help is a sign of strength. She said one of the things we had to learn was that we couldn’t do everything ourselves. She said that if we had a concern with coping with school (like speaking up in class) we should schedule some time to come in.

I felt relieved… and then nervous when I scheduled my first meeting with the counseling office.

I shared my fears about speaking up and the counselor gave me some amazingly practical advice:

Put 3 columns at the top of the paper you take notes on during class. When you are thinking about making a comment but don’t raise your hand and someone else makes your comment, put a hash mark in the first column.

When you raise your hand but don’t get called on and someone else makes your comment, put a hash mark in the second column.

When you raise your hand and get called on, put a hash mark in the third column. Then just make sure you have a couple of these in each class each week.

Simple advice. Here is what it did for me:

First, it gave me real evidence that I was not an idiot as I made hash marks in the first column showing other people thinking the same thing I was. This gave me confidence.

Second, it gave me record of times I had the courage to raise my hand. This meant I could quantify my behavior and praise myself for making steps to overcome my fear.

Third, as the weeks went by I had an objective measure of how active I was in each class.

Overtime I got comfortable speaking in class, and eventually didn’t need to keep score anymore.

I share this story because for many people participating in meetings at the “next level” can be intimidating. You may be comfortable speaking to your boss and your peers in a meeting, but reluctant to speak up beyond that group. You may be fine leading a group of a hundred people or more, yet be fearful to speak in front of an executive committee.

For people who are driven to achieve these fears are normal. We put huge pressure on ourselves to perform because we know the stakes all too well. Unfortunately, the only way to perform is to push past the fears and act.

OVERCOMING THE FEAR OF SPEAKING UP AT WORK

So, how do you translate the advice I got into the corporate world? Well, if you are in a new committee where you find yourself out-titled or otherwise intimidated, put a few columns in your notebook:

If the meeting is a one-off, you may only have time to hear 1-2 comments made that you were thinking before pushing yourself to get a comment in. Otherwise you may not get the chance. In the case of a standing meeting, you have more time.

In either case, some people believe that if someone doesn’t speak in a meeting there was no point in them being there. I think this is foolish, but I will say that the person who says nothing certainly adds less value in the meeting itself.

As I’ve mentioned in the past, relationships and people’s perception of your value are critical, and you can certainly err on the wrong side of speaking up (see Executive Coaching: One way physicians torpedo their careers). However, for most of us a thoughtful comment is always a welcome addition to a meeting.

Of course, you may have questions on how to best structure an effective comment for an executive meeting, and I definitely have thoughts on how to do that. If you’re interested in learning more about meeting performance, drop me a line at [email protected]

Otherwise, ignore the quote by Abe Lincoln. –Especially if you tend to be on the introverted side. My guess is that he probably said this to a young, unaware person… it was never meant for someone like you or me.

How do you get something other than the standard … END_OF_DOCUMENT_TOKEN_TO_BE_REPLACED

Our natural tendency as we succeed in our … END_OF_DOCUMENT_TOKEN_TO_BE_REPLACED

Recently I saw a person get a 35% salary … END_OF_DOCUMENT_TOKEN_TO_BE_REPLACED