You are here: Home / Perform at Work / Executive Coaching: The surprisingly unnecessary meeting

How do you set up team goals for your organization? Nearly all leaders have faced a choice between handing goals to their team or co-creating them alongside their team. Which is more effective? The answer is quite surprising. 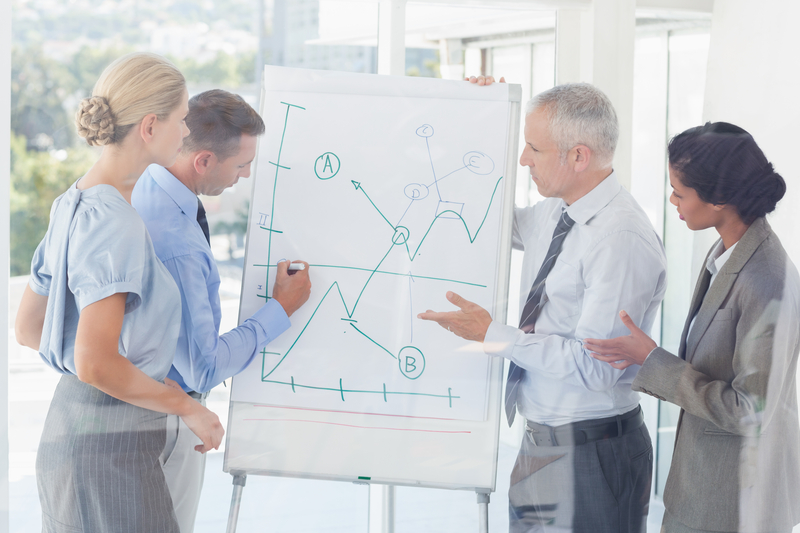 Imagine it is the end of the year and you are in the process of thinking through objectives for your team for the following year. You have 3-4 items that you know you want to complete, but you want to get your team bought in. How do you do it?

In creating team goals, you basically have two options:

The reason for adopting the second strategy is the belief that if team goals are co-created, your team will be more bought into them and they will be more likely to work hard to achieve them.

What does the research say? It turns out that it doesn’t matter which approach you take.

Wait what? You mean that feel-good meeting in which you cajole everyone to get to the same set of team goals you had in your head makes no difference in staff motivation?

Not according to research by Edwin Locke and Gary Latham that reviewed 35 years of empirical research on goal setting theory (American Psychologist 2002). From a motivational perspective, it doesn’t make a difference.

There is one caveat to this, which is that if you provide team goals, you must take the time to explain the purpose or rationale for the goal, otherwise motivation will decrease.

Still, pretty much every seasoned leader has figured out that the “because I told you so” approach to conveying team goals won’t work.

(If not, you need an executive coach yesterday.)

The collaborative approach to team goals

This makes intuitive sense to anyone who has ever been in one of these meetings. Goals are shared, questions are asked, and new information naturally surfaces.

The other interesting finding from the research is that having your team collaborate in determining the task strategies (i.e. how they will accomplish the team goals) leads to teams that perform better and have higher self-efficacy.

In other words, it is okay to set the team goals but be sure to ask the team how to accomplish those goals.

There is one other variable to consider here, and that is compensating people for achieving goals.

Nearly everyone’s natural tendency is to believe that monetary rewards are the solution to every motivation/productivity problem.

In fact, there is a ton to say on the drawbacks of rewarding people for specific behaviors. Alfie Kohn’s book Punished by Rewards has more information on this than you could ever imagine existed. (And points out just how foolish and counterproductive the pay students for grades concept is, on a side note.)

For their part, Locke and Latham argue that more money creates greater commitment, but with very difficult team goals it can have negative effects.

Specifically, when the team realizes they are unlikely to achieve the goal, personal performance and self-efficacy drops. Said differently, the team quits trying when getting the bonus look questionable.

Paying people for performance in the face of a difficult goal, on the other hand, is more beneficial than paying for the goal attainment alone.

In my case, I have seen this first hand. I asked one of my strongest leaders (and about 40 of his staff) to lead an enormously difficult and complex project to an extremely tight deadline.

The firm’s president had deemed the project the most important of the year. In fact, the team was given access to approximately 80 additional people from across the firm that were pulled from their day jobs to accomplish the goal.

Our first move (well, maybe not first, but certainly an early move) was to pay people a bonus for committing to the project.

Why? Because providing the bonus only in the event of success would have been a waste of time. At that point not a single person knew if goal attainment was possible, and many, many people doubted our ability to get it done.

Had we made the bonus contingent, it would have been demoralizing. Instead what we got was some unbelievable people stepping up to accomplish a huge task.

As for the leader of the effort, his first step was bringing his core team together to explain what was going on and figure out what tasks needed to be accomplished and how they would accomplish them.

From that moment forward, people put in crazy hours and came together with a level of teamwork and positivity that I have never seen before.

Ultimately, the team accomplished the goal… despite people who doubted us all the way through the project.

And if you think about it, that project verifies what the research states:

I wish I could say that all of this was done after some review of the research on how to tackle a project like this in the best possible way, or perhaps as the result of me receiving some brilliant executive coaching.

In truth, we had to move extremely quickly and I got lucky because I had some amazingly gifted leaders on my team. Sometimes it is better to be lucky than good… and later blog about how the research verifies what actually happened.

What questions do you have about motivation and executive coaching? Let me know in the comments below.

Given the massive amount of student debt people … END_OF_DOCUMENT_TOKEN_TO_BE_REPLACED

Imagine it is your first time participating in a … END_OF_DOCUMENT_TOKEN_TO_BE_REPLACED